In former US Pres. Barack Obama’s farewell address, he acknowledged that outsourcing is stripping the country’s white- and blue-collar jobs. However, an even more threat that’s guaranteed to be transformative is already looming. Economic dislocations next wave won’t be due to overseas outsourcing. It’ll come from the country’s relentless automation, which will make middle-class jobs obsolete.

Automation, the production of technology systems, is tasked with eliminating the need for manpower in performing certain tasks. It’s one that’s set to transform not just the country’s economy, but of the entire world’s.

McKinsey Global Institute released its January 2017 report which stated that tasks that are most likely to get automated like processing, data collecting, and predictable activities, make up more than half of the work tasks within the country. They account for more than 2 trillion dollars in wages.

The industries that are already being affected by automation include retail and manufacturing. It is no surprise that fashion is getting automated as it’s long been destined to be reshaped by automation.

In many ways, it is happening already. Nowadays, robots have proved to be essential to most distribution centers’ daily operations. This has made the process of pick-and-ship more efficient and seamless than over. However, it is not just manual labor that is being displaced.

White-collar jobs within the fashion industry like trend forecasting and product design, which used to need traveling from across the globe to gather information relating new ideas, behaviors, and products, are now being reshaped with the use of intelligent software. “Most of the time, humans are just being used today as supplements, they just double check,” said Shoptalk’s chief retail strategist, Sucharita Mulpuru.

Creative jobs, which were thought to be safe, are now on the line. More and more fashion brands make use of computer-aided design instead of trusting human designers in creating garments. In the future, it’s inevitable that all designing will be tasked to robots.

Some commercial music that’s composed by machines is even indistinguishable in quality and effect from those that are made by commercial composers. The important question here is this: to what extent would it be okay to aid or augment the process of creativity and design? Some of designing and creatings’ mechanical parts, including the process of mass producing custom-fit garments, even use engineering.

As the garments are conceived, the production is also automated. One-off or handmade pieces may be perceived as products with higher value, but the rise of “sewbots” that sew for humans can drastically reduce our need for actual human garment workers. This has profound implications for the global supply chain.

Automation also transformed our retail experience completely. Human sales assistants are now replaced by intelligent shopping bots that cater to our personal tastes. They can even be assigned to the task of scouring the web for us, so the best prices are identified.

Companies always strive at getting ahead of their competition – with higher quality, more variation, and higher throughput. This, sadly, leads them to give automation a BIG yes and a massive no to human labor. 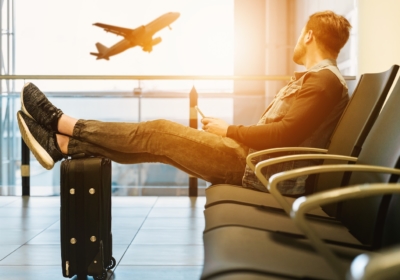 Check Out the First Ever Automatic Suitcase: Travelmate